Robert “Bob” Nasvik, age 86, of Hudson, WI, passed away peacefully on June 2, 2021 with family at his side at  under the care of hospice in Hudson, WI.

Bob was born in Oskaloosa, IA, and raised in Bemidji, MN. He graduated from Bemidji High School and went on to attend the University of Minnesota and Bemidji State University where he loved playing football.  It was in Bemidji that he met his future bride, Mary Thiele.  Bob and Mary married in September of 1955.

Prior to marriage, Bob had enlisted in the United States Air Force where he was a jet airman mechanic at Offit Airforce Base in Omaha Nebraska.  After his military service Bob owned and operated Arrowhead Sportland, a sporting goods store in Bemidji MN.  He went on to management at Target in Duluth, Knollwood and Ft Dodge Iowa.  He left Target to work producing advertising copy and jingles, and then as a manufacturer’s sales rep for various companies in MN and WI.

Bob and Mary had a passion for helping and serving others through the Jaycees, Barbershoppers, Rotary, Salvation Army, and the American Red Cross.  While living in Hudson they founded Operation HELP, which he directed for over 20 years.

Bob was proud of his Norwegian heritage and enjoyed all the traditional Norwegian foods except lutefisk.  He was also an avid hunter and fisherman, spending all the time he could at his cabin on Crow Lake in Canada.  He loved his large collection of wooden key fobs that he carved himself.

His faith was a big part of his life, singing in choirs and volunteering as a nursing home Chaplin where he also led bible study groups. As one last gift, Bob donated his body to the University of Minnesota for medical research. 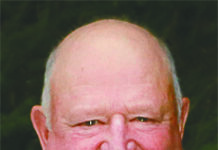 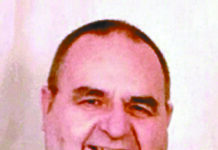 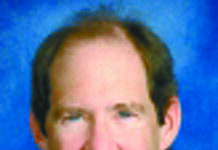