POLK COUNTY – Mike Miles is a farmer/activist who is determined to educate the county board about the dangers of hog factories coming into the region.

By his estimation, the complete inaction of the board on this issue has extended an open invitation to global animal factory conglomerates to set up shop in Polk County.

“Georgetown and Johnstown Townships will be the first places they land as both are zoned Ag 20 which essentially means there are so few people who live there that farms are allowed to stink the place up,” Miles said in a prepared statement.

Miles runs a farm that raises pastured animals right where the two townships come together. He said he had a feeder pig die last week and instead of disposing of it, he put it in a 5-gallon plastic pail and is bringing it to the Polk County Board meeting this coming Tuesday, June 15, for “show and tell.”

CAFOs with permits from the Wisconsin DNR are required to make mortality management reports but permits do not prescribe methods used to dispose of corpses and placentas. Cumberland LLC’s permit application to the Wisconsin Department of Natural Resources estimates it will produce 34,000 pounds of carcasses annually.  It is not clear if that includes thousands of placentas.

Miles estimates that many carcasses produce about 700 times the stench of the pig that is in his 5-gallon pail – each year.  He wants the board to experience what he and his neighbors are going to be living with from here on out if the factories come to the town where he lives.  He does not consider where he has lived for 35 years to be a sacrifice zone.  He is certain his neighbors feel the same way.

Miles plans to hold a press conference at 5:30 p.m., Tuesday, June 15, in front of the County Office Building in Balsam Lake.  Area residents are being invited to participate. The county board is being informed of the proceedings.  At 6 p.m., he is bringing his deceased pig into the board meeting.

“It will be interesting to see how the board receives this attempt to inform them of the public’s displeasure with their current decisions,” Miles said in his statement. 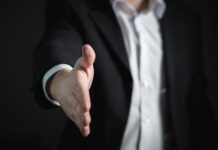 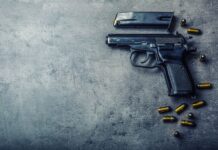 Will Congress act on guns after Sandy Hook, Buffalo, Uvalde?